View source
watch 02:59
Wiki Targeted (Games)
Do you like this video?
Play Sound

The Water Treatment Plant is a massive monument in the main branch of Rust. It is big, generates loot and appears very derelict, as if left unmaintained for centuries. It has mild levels of radiation in some key areas such as in some places in the sewers, on the two water towers and inside the parkour tower.

There are many corridors and drained water vats that dominate the area, as well as a notable large tower, smaller "Crow's Nest" towers and sniper positions on a hill north of the plant itself. Many blocked lines of sight, sharp corners and obstructing objects provide a potential for PvP combat within the plant. There are some small roads in between the vats, and some of the vats are partially or fully covered by the uneven ground. The concrete sewers and moat lower than the ground can also be explored.

You can get one of the medical/food crates in the parkour tower without getting any radiation. Just face the ladder then go left and you'll find a crate inside of the tower, slowly go to it by crouching while hugging the wall then you can pick it up. 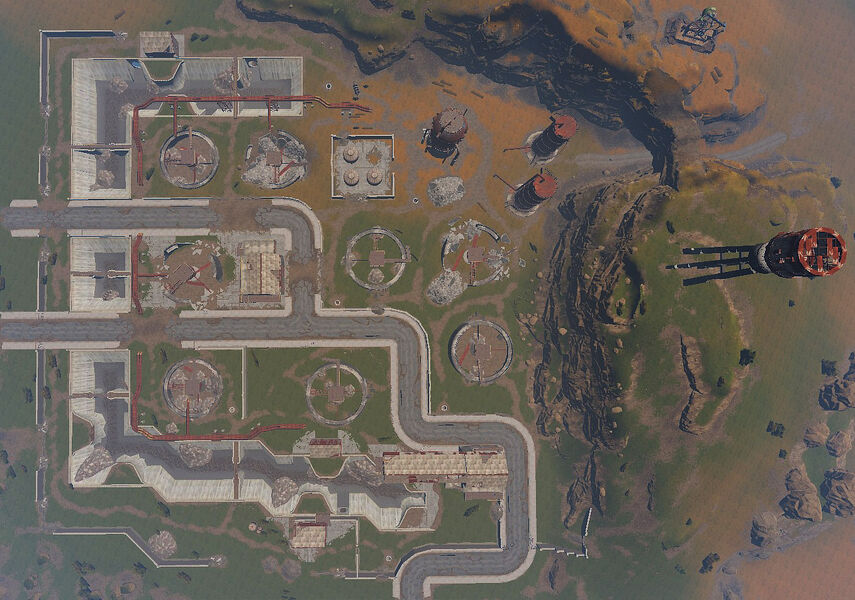 A view of the Water Treatment Plant, facing north.