The Lighthouse is mainly populated with regular loot Barrels, although some Basic Crates can spawn inside. 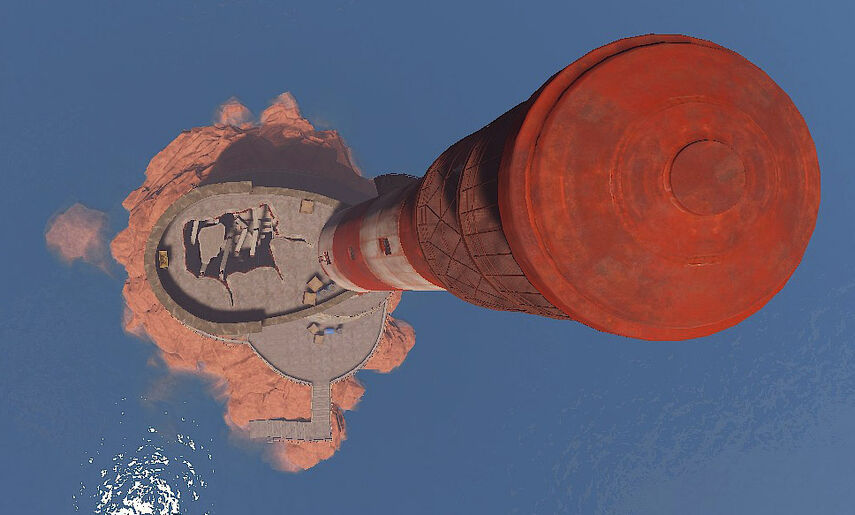 The lighthouse as seen from below.
Add a photo to this gallery
Retrieved from "https://rust.fandom.com/wiki/Lighthouse?oldid=96887"
Community content is available under CC-BY-SA unless otherwise noted.